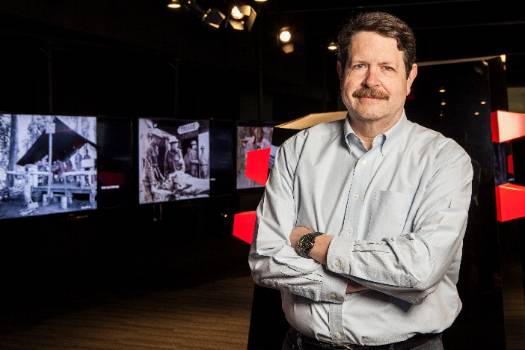 Dr. Doyle received his bachelor’s degree in 1983 from the Department of Biocommunication Arts at the University of Illinois at Chicago and his PhD in cell and structural biology from the University of Illinois at Urbana-Champaign (UIUC) in 1991. While on sabbatical at UIUC working with Dr. Paul Lauterbur (2003 Nobel Laureate) on the application of micro-MRI techniques to embryo imaging, Dr. Doyle created the Visible Embryo Project, a multi-institutional collaboration to create a national online "metacenter" computational and information resource on early human development.

Dr. Doyle then moved to the University of California, San Francisco, where he served as Director for the Center for Knowledge Management. While at UCSF Medical Center, in 1993, Dr. Doyle led a research team that developed the fundamental web technologies that enabled browsers for the first time to act as platforms for fully interactive embedded applications, in the process pioneering revolutionary web technologies such as streaming media and Cloud computing.

To assist in commercializing related technologies, Dr. Doyle founded Eolas Technologies Inc., where he was the architect of research and development efforts, generating over $250 million in research revenue, including over $50 million in license royalties for the University of California System. His 1995 invention of code signing has become the worldwide de facto standard for securing executable web content. His work in high-performance biological computing created the field of spatial transcriptomics in 2000.

“As VPR, Dr. Doyle will support and expand the scientific and creative potential of NMT’s diverse academic faculty as well as research scientists and engineers,” said President Stephen G. Wells. “He will play a vital role in capitalizing on the intellectual wealth and economic impact of the NMT research enterprise, using it as a driver for the overall enhancement of the institution, the state and the nation.”