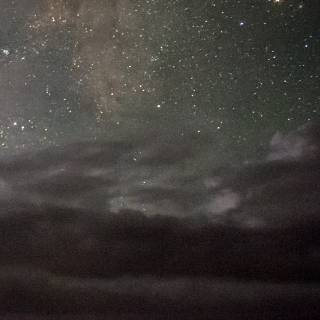 Astrophysics research at New Mexico Tech encompasses different areas of planetary, stellar and galactic astronomy. New Mexico Tech’s Magdalena Ridge Observatory (MRO) includes several facilities and has been in operation since 2008.  Presently, an optical interferometer (MROI) is under construction and partially funded by the AFRL.  First light with the first telescope of this array was in 2017, and we expect fringes and three telescope operation by 2020. The Expanded Jansky Very Large Array (EVLA) and the Very Long Baseline Array (VLBA) radio telescopes, operated by the National Radio Astronomy Observatory (NRAO), are headquartered on campus and offer unique opportunities for research in radio astronomy for faculty and students alike. 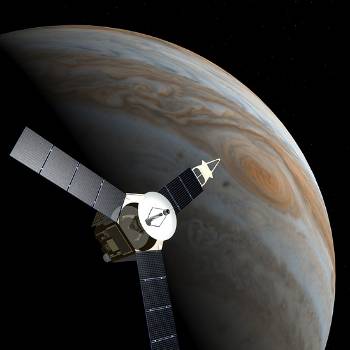 The Planetary Astronomy Group at NMT Physics is comprised of a diverse group of faculty and students studying the relevant physical processes in gas-giant planets in our Solar System and in the planetary systems being discovered around other stars, called exoplanets (Prof.'s Morales-Juberias, Creech-Eakman). To this end we use ground and space-based observations to obtain information about these systems as well as numerical models to interpret this information in a comparative way between Solar System gas giants and those elsewhere. Other research interests at NMT include asteroids, planetary formation and astrobiology. 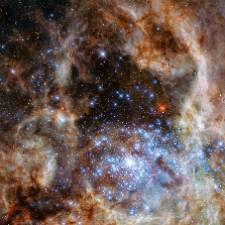 Stars and stellar evolutioncomprises a very broad range of studies in astrophysics. At NMT Physics we focus on the earliest and latest phases of the process using space and ground-based facilities in the x-ray, optical, infrared and radio. The formation of a star from a collapsing ball of gas and dust is still poorly understood, especially for the most massive stars, which are enshrouded in thick envelopes of dust as they form (Hofner). As mature stars evolve through their lives, they can become unstable and pulsate. These pulsating stars serve as distance indicators, called standard candles, and eventually slough off their outer material as gas and dust, some forming the spectacular planetary nebula often imaged for their beautiful forms (Creech-Eakman).  Some more massive stars ends their lives spectacularly as supernovae, eventually becoming pulsars (Arendt).  With first light at the Magdalena Ridge Observatory Interferometer in a few years, we will be imaging many of these processes with unprecedented spatial detail using the technique of optical long-baseline interferometry. 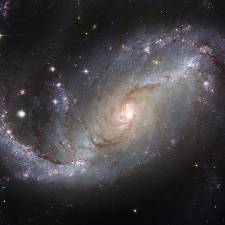 Galaxies are the citizens of the Universe. Their growth, evolution and aging depend sensitively on the cosmological environment. As a result, the study of galaxies is one of the major tools for identifying the ultimate cosmology of the Universe. Here at the NMT Physics department a thriving, multiwavelength (with some preference for radio), observational research program is underway to understand the engines that drive the internal structure and evolution of galaxies. Large galaxies come in two broad classes: disk-like and spheroidal. The physical mechanism driving spiral arm structure in disk galaxies remains uncertain and is an area of active research (Westpfahl, Meier). When disks approach each other, they interact, rearrange the interstellar medium, drive intense bursts of star formation (Meier, Hofner), fuel central super-massive black holes (Eilek) and destroy disks. Left behind are the gas-poor, spheroidal ellipticals. The amount and dynamics of the remnant interstellar medium and stellar population are vital probes of the past history of these galaxies (Young).