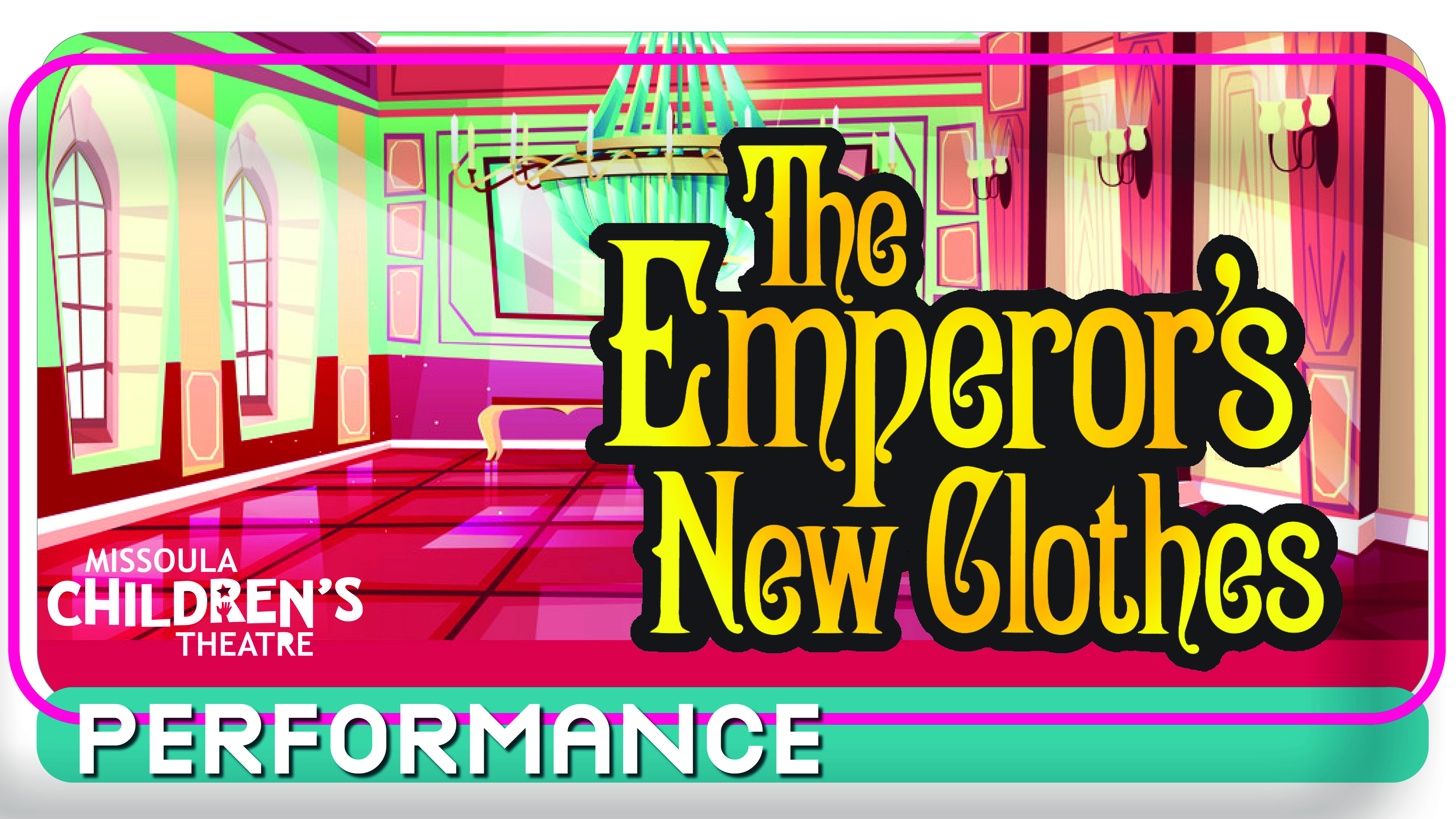 About the Show
Join the Emperor, his friends and subjects, and the busy Silkworms when the Missoula Children's Theatre and local students present an original musical adaptation of the Hans Christian Andersen classic, THE EMPEROR’S NEW CLOTHES.

“Dress for success” is good advice that the Emperor takes whole-heartedly, wanting to impress new friends. But where to stop? When the clothes (and other people’s opinions) become more important than the people of the kingdom, trouble brews. To help their beloved Emperor find the way back to his heart, his true friends create an elaborate “birthday suit” for the Emperor to wear for his birthday parade celebration. The Emperor quickly and humbly learns that sometimes “less is more!”

About Missoula Children's Theatre
The Missoula Children's Theatre (MCT), the nation’s largest touring children’s theatre, has been touring extensively for more than 40 years now from Montana to Japan, and will visit nearly 1,200 communities this year with up to 44 teams of Tour Actor/Directors. A tour team arrives in a given town with a set, lights, costumes, props and make-up, everything it takes to put on a play...except the cast. The team holds an open audition and casts 50-60 local students to perform in the production. The show is rehearsed throughout the week and two public performances are presented on Saturday. All MCT shows are original adaptations of classic children’s stories and fairytales . . . a twist on the classic stories that you know and love. Also included in the residency are three enrichment workshops presented by the Tour Actor/Directors. Creativity, social skills, goal achievement, communication skills and self-esteem are all characteristics that are attained through the participation in this unique, educational project. MCT's mission is the development of lifeskills in children through participation in the performing arts.

The Missoula Children's Theatre is based in Missoula, Montana, and also runs many local programs. These include musical theatre day camps and performing arts classes for local children, a summer residency Performing Arts Camp for students from around the world and the Missoula Community Theatre which creates an arena for local talent of all ages to participate in large-scale productions and attracts audiences from western Montana. For students interested in a career in the performing arts, MCT has developed Next Step Prep—The Academy for Musical Theatre—providing high school students an affordable opportunity to train and study with well-known professionals in the field of music, dance and acting to prepare for college. For information, email nextstep@MCTinc.org.