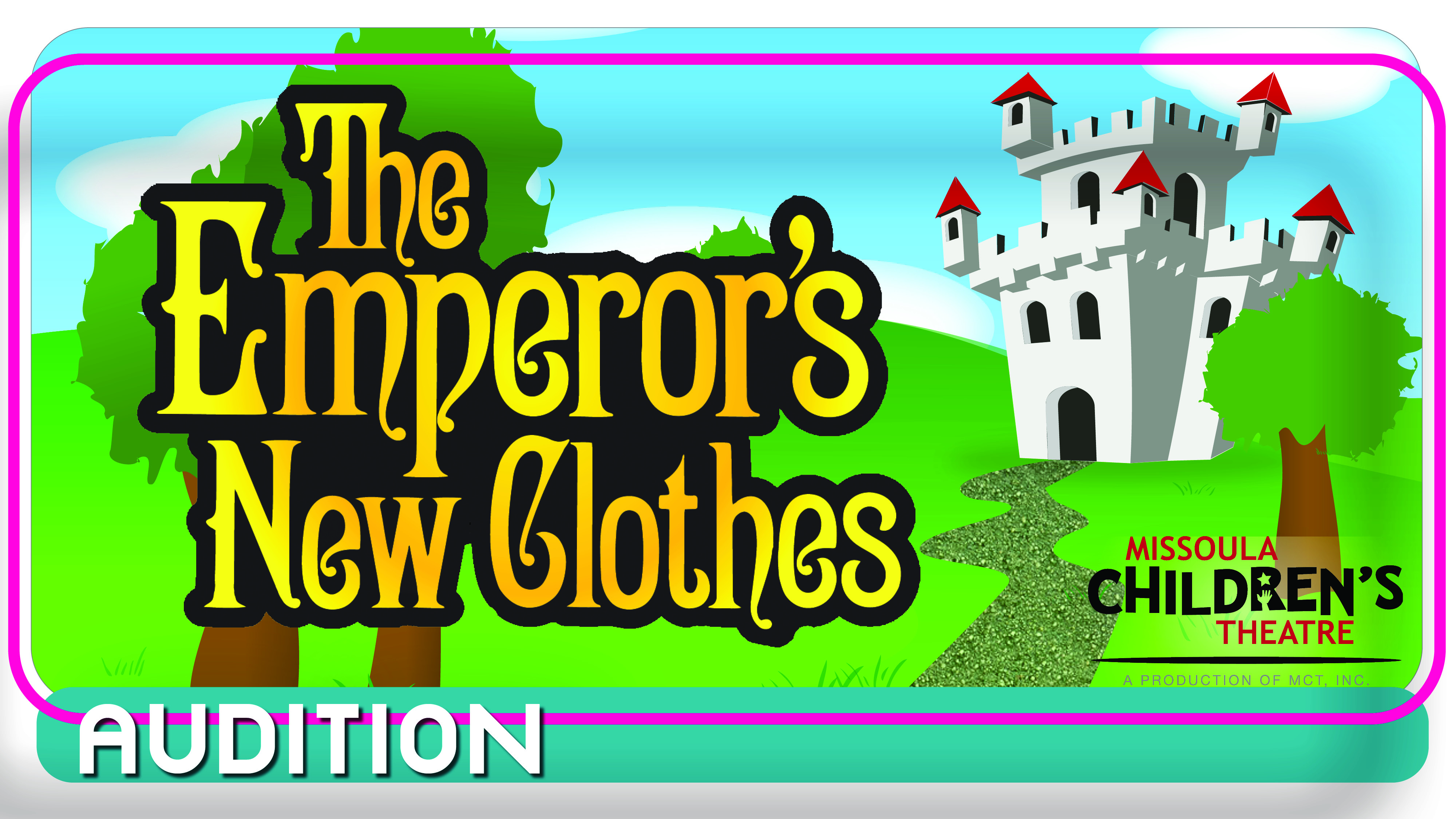 About the Audition
An audition will be held for the Missoula Children's Theatre’s production of THE EMPEROR’S NEW CLOTHES on Monday, June 6 at Macey Center from 10am to Noon. Those auditioning should arrive at 9:45am and plan to stay for the full two hours. Some of the cast members will be asked to stay for a rehearsal immediately following the audition.

Among the roles to be cast are the Emperor; ManyPenny and the Money Council; the Royal Scholars Roxy and Red; Kings, Queens; Gem and the Royal Jewelers; Boots and the Royal Cobblers; Lid and the Royal Hatters; Stitch and the Royal Tailors; and the Royal Silkworms. Students, grades 1st through 12th, are encouraged to audition. No advance preparation is necessary. Assistant Directors will also be cast to aid in rehearsals throughout the week and to take on essential backstage responsibilities.

The Missoula Children's Theatre touring productions are complete with costumes, scenery, props and makeup.  MCT Tour Actor/Directors will conduct rehearsals throughout the week from 10:00am to 2:30pm each day at Macey Center.

There are three FREE Workshops, open to ALL KIDS, grades K-5. Kids do not have to have auditioned or be in the play to attend these workshops:  DRAMA QUEST, Tuesday, June 7, NM Tech Children's Center; IMPROV, Wednesday, June 8, Socorro Youth Center, 1002 Ke Ave;  MIME, Thursday, June 9, Socorro Public Library.

The Missoula Children's Theatre residency in Socorro is brought to you by the City of Socorro, Socorro Consolidated Schools and the NM Tech Performing Arts Series.