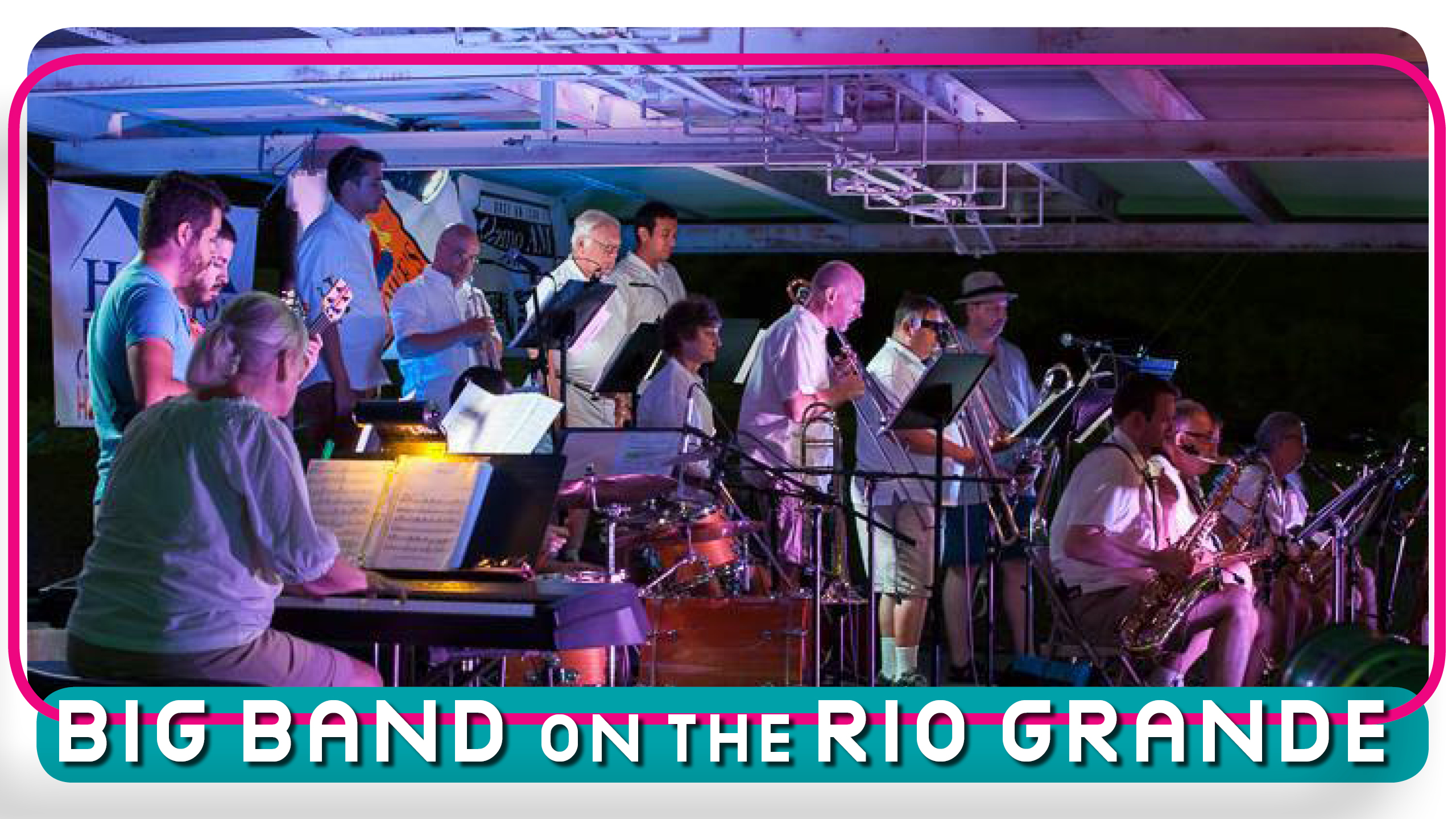 About the Show
We'll kick off this pre-Valentine's Day show with a pre-show optional Valentine's Dinner, more information to follow in the future.  We'll have plenty space set aside for dancing because those that love to dance will love to dance to this band!

The Big Band on the Rio Grande was established in 1989 as an off-shoot of the Mesilla Valley Concert Band directed by Bill Clark. The whole reason for forming the band was to simply enjoy playing the big band music of the past. The band’s members play for the love of playing and to perpetuate “the swing thing." Big Band Swing was perhaps the most popular music in history. During it’s heyday, the thirties and forties, big bands were jumpin’ everywhere in the USA. They were listened to world wide and considered to be the music of the United States. Local, regional and big name bands were enlivening every hot spot from local clubs to the best hotels and concert halls in the land. The present BBRG consists of 16 members. They play for concerts, dances and public affairs throughout our region and love to play the exciting new big band compositions and arrangements as well as the tried and true music from the heyday of the big bands.