Gilbert & Sullivan's A Reimagined UTOPIA, LIMITED or Flower of Progress for Corona Virus 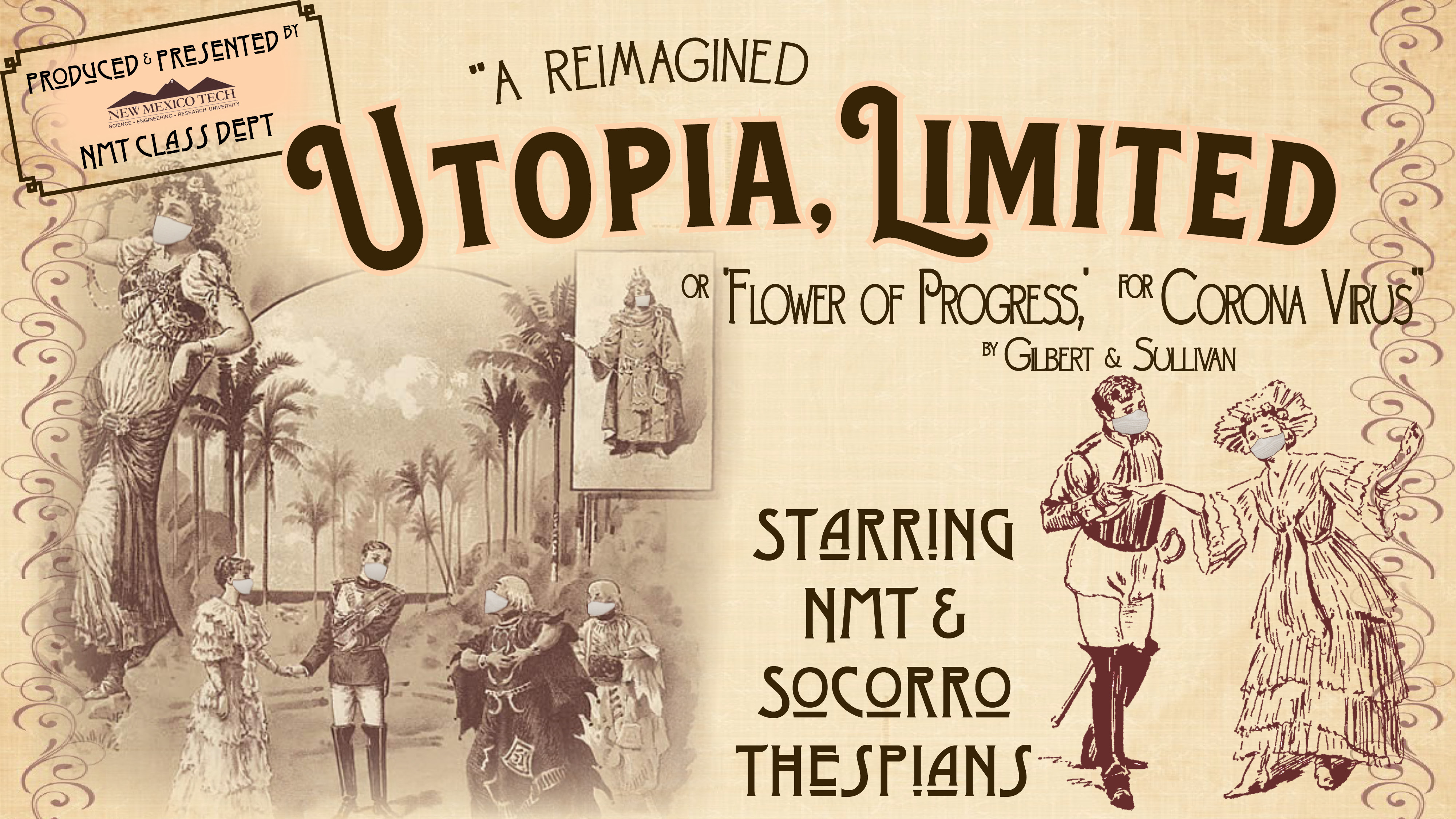 About the Show
The NM Tech CLASS Department comes together with Socorro musical veterans Eileen Comstock and Warren Marts as Producer and Director. Historically, NM Tech has collaborated with the greater community of Socorro to produce a musical.  We revived this tradition last year, and in spite of Corona Virus, we are going ahead with a virtual rendition of a not so well-known Gilbert & Sullivan musical, featuring NM Tech and Socorro community thespians and musicians, who will rehearse online, record live, and live-stream on a date to be determined.

Utopia, Limited, or The Flowers of Progress opened October 7, 1893 at the Savoy Theatre and ran for 245 performances.  The musical is a spoof on limited liability companies, particularly the idea that a bankrupt company could leave creditors unpaid without any liability.  The cast and director will take some liberties to contemporize themes that are relevant to current  events.

Gilbert's libretto also lampoons the Joint Stock Company Act by imagining the absurd convergence of natural persons (or sovereign nations) with legal commercial entities under the limited companies laws. In addition, it mocks the conceits of the late 19th-century British Empire and several of the nation's beloved institutions. In mocking the adoption by a "barbaric" country of the cultural values of an "advanced" nation, it takes a tilt at the cultural aspects of imperialism.

As the story plays, King Paramount of the south seas island of Utopia decides that his people should adopt all English customs and institutions, but he goes a bit overboard and decrees that the kingdom and each of its inhabitants should become a "company limited" based on the English "companies act" of 1862. The king's daughter, Princess Zara, brings six "flowers of progress" from England to train the Utopian people in "English" customs. But the reforms are too successful, which upsets the judges of the Utopian Supreme Court, the "Public Exploder" and ultimately the entire populace, which revolts against them. Zara realises that an essential element has been forgotten, namely "government by party." Introduce that and the result would be "general and unexampled prosperity."