THIS event has been cancelled. Keep an eye on the calendar for a future date for this event.

Atomic Age Art & Culture: or How Postmodernism Learned to Stop Worrying and Love the Bomb

In this interactive presentation, Dr. Mary Dezember and Dr. Scott Zeman, along with special guest, Placitas poet Jules Nyquist, will combine scholarly and creative works to spark a thought-provoking conversation about the age we live in, the Atomic Age.

The atomic bomb, a terrifying apocalyptic technology, significantly shaped the art and culture of the post-World War II world. The term Atomic Age became most commonly applied to the time period from roughly 1945 to 1965. While closely associated with certain cultural characteristics typically defined as "postmodern," the Atomic Age is seen as a narrower, finite time and specific category in a cultural history related to nuclear power and its effects.

However, this presentation will show that:

Noon in the Tripp Room of the Skeen Library (room 212). 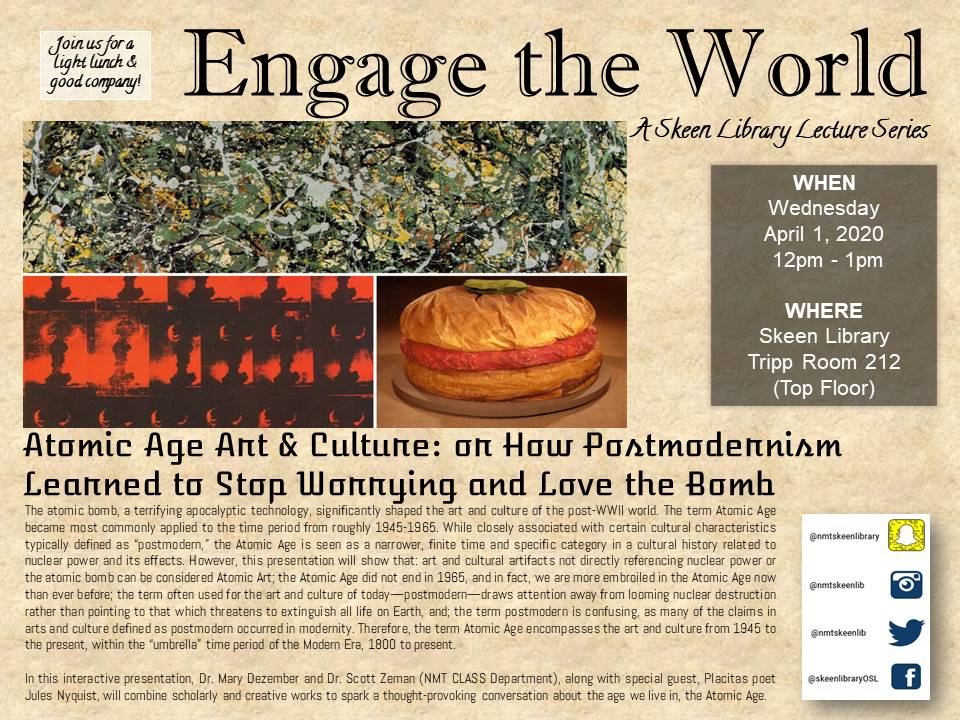