State of the Art: How Art and Popular Culture Have Shaped Digital Technologies (and Vice Versa)

Throughout the history of computing, there has been a dynamic feedback loop of mutual inspiration and influence between art, popular culture, and digital technologies. Films and works of science fiction have inspired the creation of new technologies and new uses of existing technologies. Similarly, emerging technologies have driven the creation of new works of art and culture which have speculated on the significance, promise, and dangers of new digital software and hardware. In short, state of the art developments in realm can directly alter the state of the art in the other. This presentation charts a brief history of how art, culture, and digital technologies have influenced one another in the late 20th century and early 21st century. Looking at computer games, virtual reality, and the phenomena of computer hacking/hacktivism as well as contemporary cybersecurity debates and discussions of a supposedly arriving techno-utopian future called “The Technological Singularity,” this presentation will show how imagination and innovation have collaboratively shaped the present and the future of the digital world.

Join us at noon in the Tripp Room of the Skeen Library (room 212). 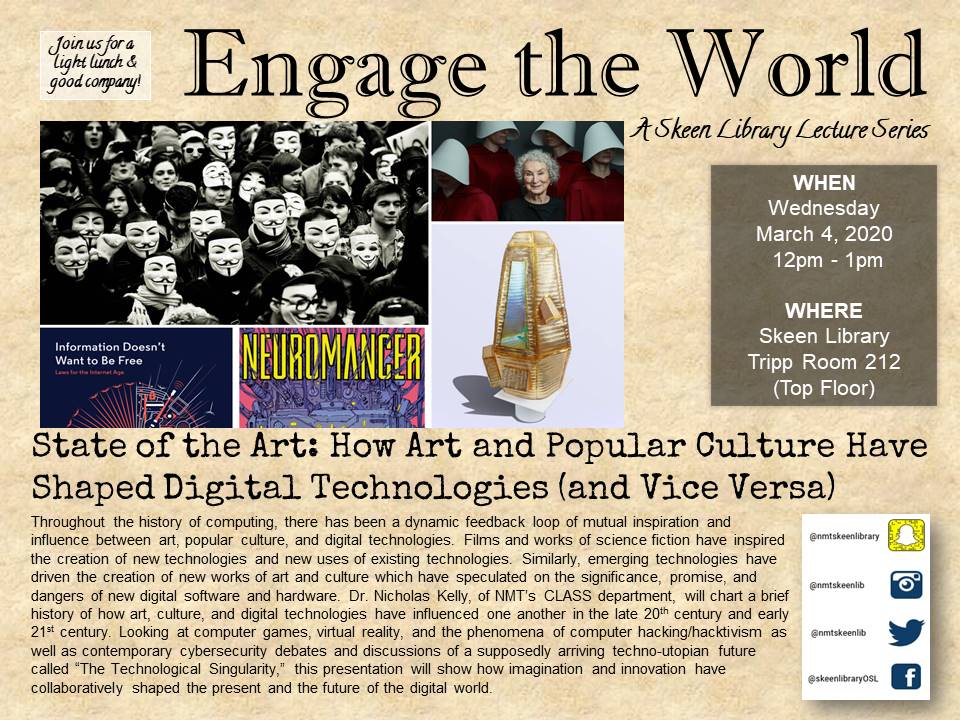