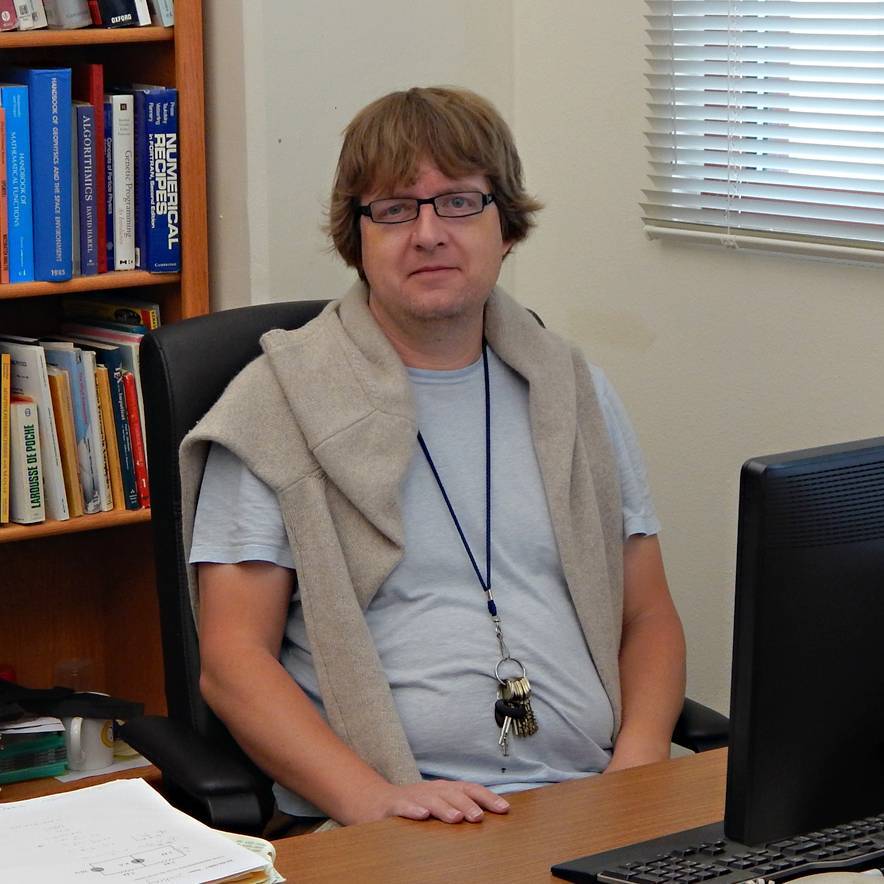 My research interests span a wide range of topics from astronomical instrumentation and techniques through space plasma physics and space weather to sensor networks and machine learning algorithms. I am a collaborator on the Navy Prototype Optical Interferometer (NPOI) which is an astronomical observatory located in Flagstaff, AZ. The observations from optical interferometers are heavily influenced by turbulence in the Earths atmosphere, which severely limits the signal to noise. New data processing algorithms, which often run on supercomputers, can extract more of the signal buried in noise than traditional approaches, sometimes improving performance by many orders of magnitude making previously impossible measurements possible. With optical interferometers we can measure such simple quantities as diameters of stars, and separations and masses of binary stars, all of which are important for getting a better understanding of the physics that make stars shine. The NPOI is also working on producing high-fidelity images of astronomical objects similar to the ones produced by the VLA.

I have also spent a large part of my career studying space physics. This involves understanding the complex environment in the vicinity of the Earth, which is a mixture of magnetic and electric fields, radiation belts, and interactions with the solar wind. The data for these studies come from a variety of NASA and international satellites, as well as magnetometers around the world. I have used machine learning algorithm, such as genetic programming and neural nets to model space physics phenomena, and recently I have begun a project to model the Earths plasmasphere by using Kalman filtering techniques similar to those used in Earth weather prediction.